The History of Afternoon Tea

“Afternoon Tea” wasn’t part of the English tradition until as “recent” as the 19th century thanks to Anna Russell, the 7th Duchess of Bedford who was also a close friend of Queen Victoria and a prominent figure within London’s aristocratic society.

Her husband (Francis Russell, 7th Duke of Bedford), would often invite his male friends to lunch parties to discuss various business, environment and political topics over a light meal, and as a result their wives would have to wait for hours on end until they returned home for their evening meal. (Not only that, during the 1800s in England it was common to eat just two main meals a day, with breakfast being served early in the morning, and dinner later in the evening). 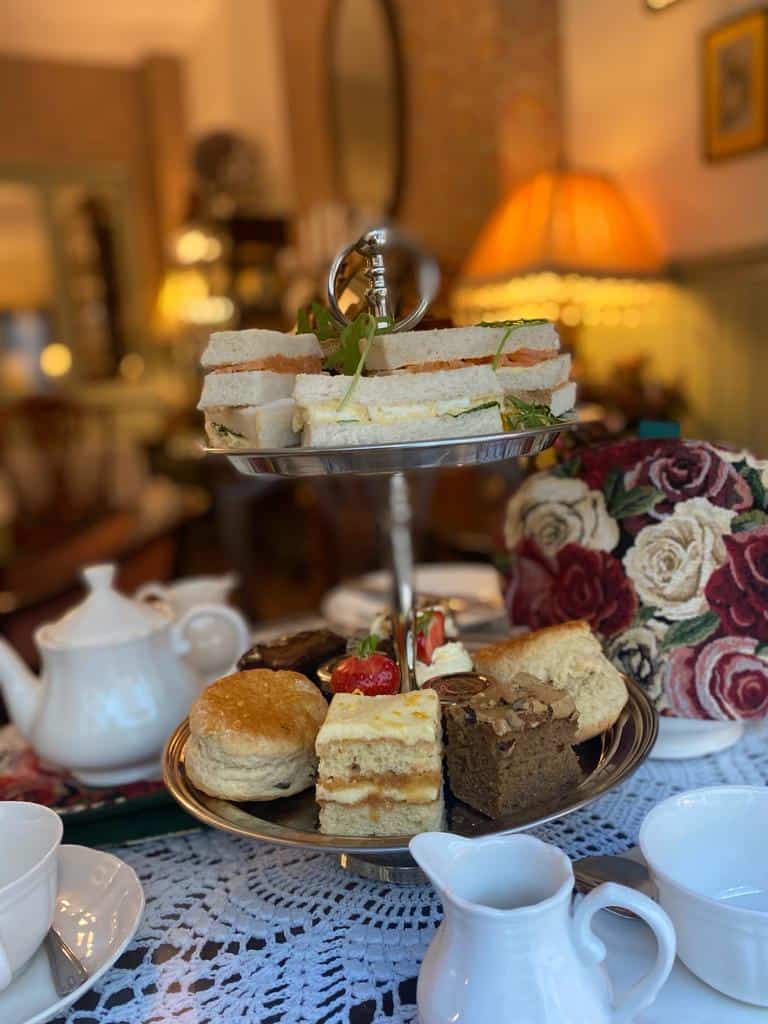 “There are few hours in life more agreeable than the hour dedicated to the ceremony known as afternoon tea.”
– Henry James

And because dinner wasn’t served until sometime between 8 p.m. and 9:30 p.m. during the summer months (to take advantage of the longer days and save money on candles to light up the house), the Duchess would often go through bouts of hunger by the mid-afternoon, and often complained about having “that sinking feeling” during the late afternoon waiting around for dinner time; (as one often does).

The Duchess started requesting a bit of bread with butter, cakes and biscuits with a cup of her beloved Darjeeling tea around four in the afternoon, and she soon began inviting her friends to join her in her dressing room in Woburn Abbey in Bedfordshire, after which they would have a pleasant, summer afternoon stroll “walking the fields.”

She continued the tradition after returning to London, and soon Queen Victoria caught wind of this tradition and fell in love with the idea; so much so that the Queen herself would soon start requesting an afternoon “cuppa” with light cake and buttercream topped with fresh raspberries, (now known around the world as Victorian Sponge Cake). And thus, the tradition of Afternoon Tea in England was officially born.

Enjoy afternoon tea for two at Small Talk Tearooms for only £14 per person.. remember to book early.